What Could Possibly Go Wrong?

If you like traveling and adventure, chances are you’ve thought about what it would be like to jump into a vehicle and drive across the United States. Just imagine all the things you could see, the food you could eat, and the countless music playlists you could listen to. But then reality hits: how long would it even take? Which highways would you have to travel on? What would happen if you ran out of gas?

For people across the world, road-tripping across the US is only a wild dream seen in Hollywood movies, yet this dream became a once-in-a-lifetime opportunity for me, a small-town Norwegian boy named Martin. 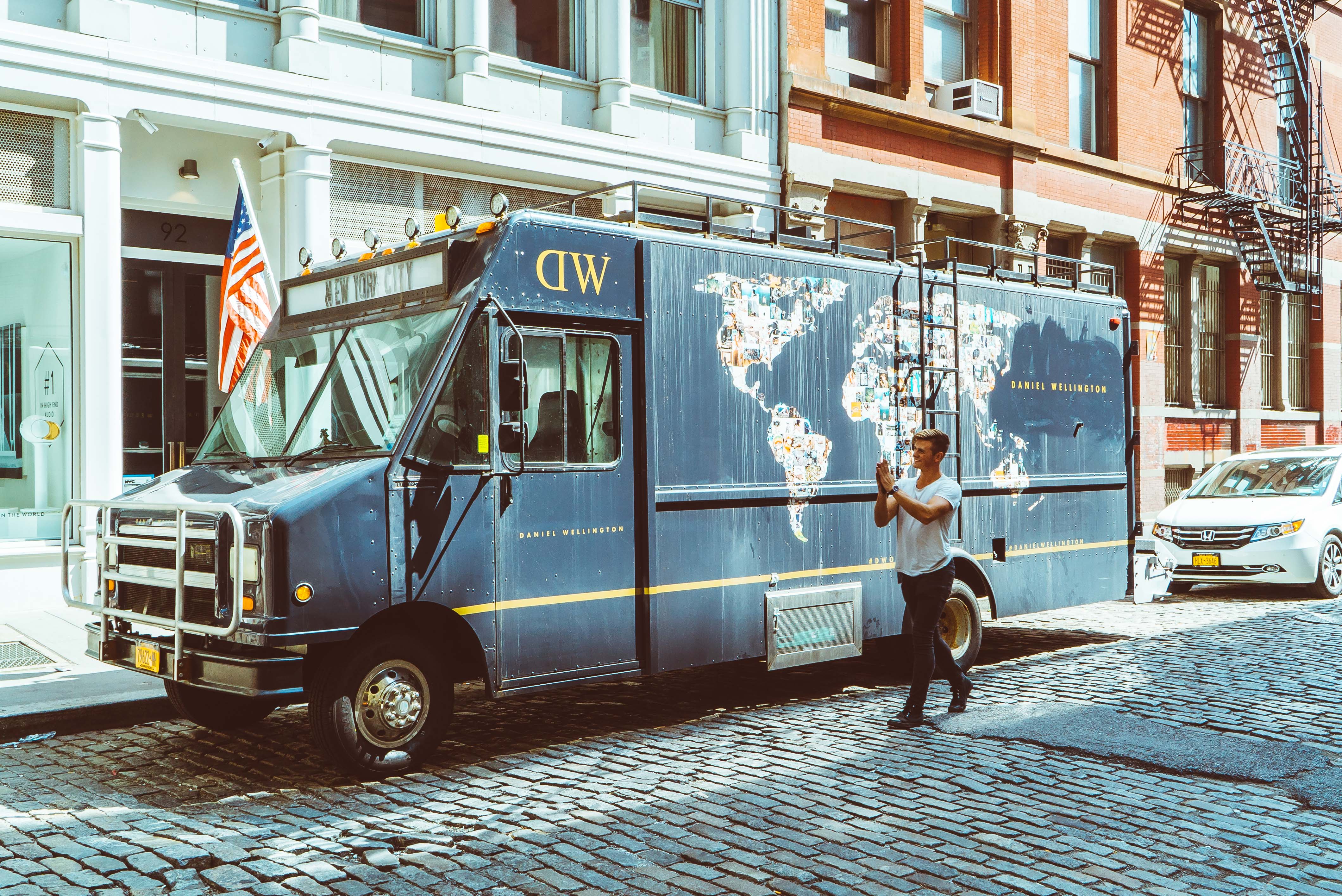 As I was studying in Hawaii and documenting my entire college experience on YouTube, I received an email with an offer to drive a refurbished ice cream truck across the United States and document the journey. Without considering any potential negatives that could happen along the trip, I accepted the offer. The following week I was on a plane with a friend to New York. We were beyond excited for the upcoming adventure and had a hard time believing it was really happening.

Prior to the trip, I had never driven a single mile on the United States mainland, yet there I was, practicing turns in a twenty-foot delivery truck around tight New York City corners. My friend and I had a game of rock-paper-scissors to decide who was going to drive first, and before we knew it, we were crossing the Brooklyn Bridge on our way to Los Angeles.

We noticed the roadside diners first—finding someplace to eat or fill up on gas was not usually a problem. Our biggest challenge was paying for toll roads and making sure we always had cash on us. Beef jerky and energy drinks kept us going. And I had to upload daily YouTube videos from the trip. To this day, driving across the United States in fourteen days while filming and producing daily YouTube videos is still one of the hardest challenges I’ve ever faced as a creator. 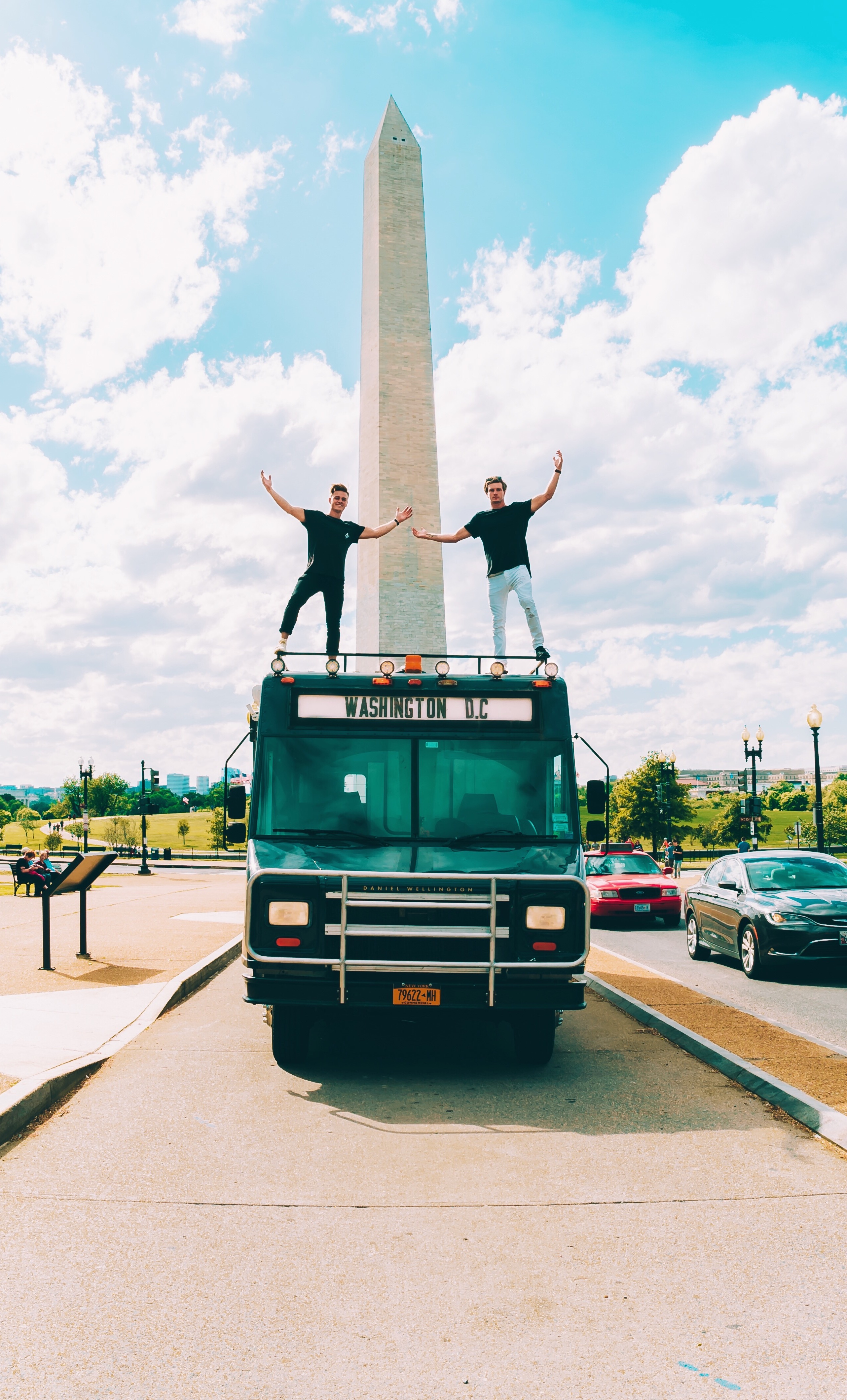 Along the 3,000-mile journey, we visited well-known US landmarks, like the Washington Monument; the surf town of Charleston, South Carolina; and the biggest aquarium in North America in Atlanta, Georgia. We danced to the blues in New Orleans, Louisiana, and flew in our first hot air balloon in Albuquerque, New Mexico. 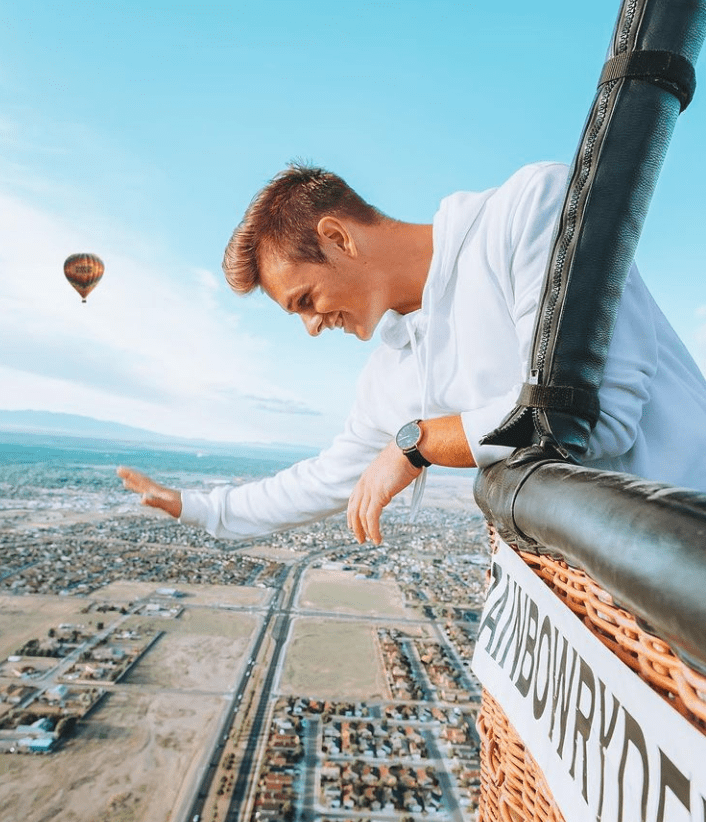 Not only were there constantly great experiences and scenery, but the road trip also offered unexpected conversations. We were driving for ten to twelve hours every day, and the small talk quickly turned into deep conversations about life and the universe. We realized how vastly large and diverse the US is as we were driving through it. Every place we came to offered something unique, and the people living there were always interested in showing us their city. We understood the power of social media as people were messaging us about their favorite restaurants to visit and different attractions to see within each destination. I owe much of my love for travel to this trip.

But perhaps the most spectacular experience of them all was when we stood eye to eye with the Grand Canyon in Arizona. It was at that moment—after driving twelve days straight across the United States—that we realized just how far we’d come. Standing on the edge of the Grand Canyon at sunset gave us a sense of empowerment and success. During the moment, a quote by F. Scott Fitzgerald came to my mind: “The world only exists in your eyes. You can make it as big or as small as you want.” In other words, buy that plane ticket, take the road trip you’ve always talked about. Make sure you live a life worth remembering. 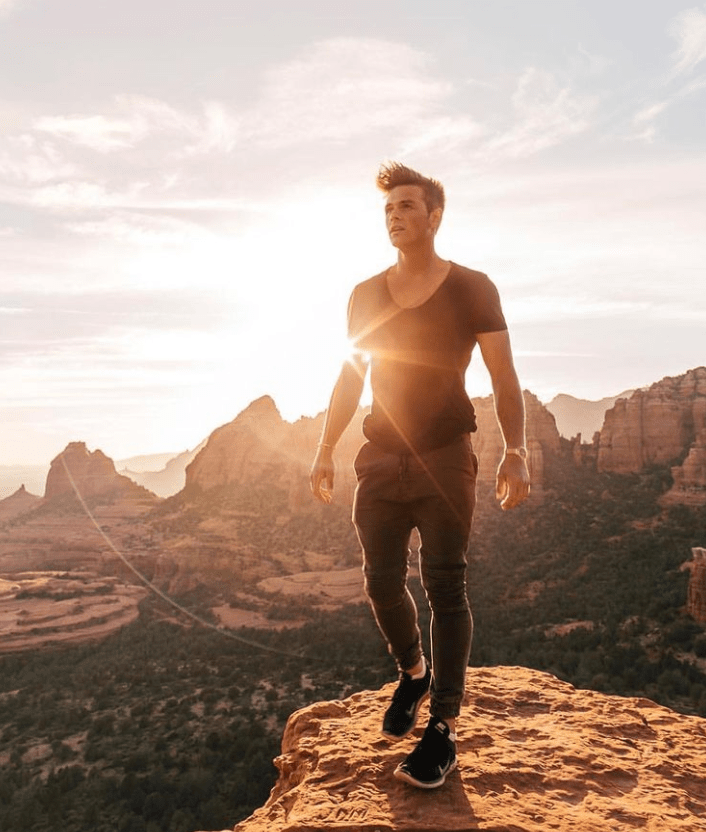 The trip continued through Monument Valley before coming to an end in Los Angeles. When we handed over the keys to the ice cream truck, it didn’t hit us exactly what we had experienced the last two weeks. There were so many bucket list items checked off at once—we couldn’t yet process them. Of all the million things that could have gone wrong on a cross-country trip like this, we walked away from it with nothing less than great memories and some sore glutes.

My hope is that this inspires someone out there to go on their next adventure. The thought might seem scary to do something you’ve always dreamed of doing, but I promise it’s worth it. That adventure might involve going far away, or it might mean just getting out closer to home. In the end, it’s not about the destination but the fun along the way. I hope to see you out there! 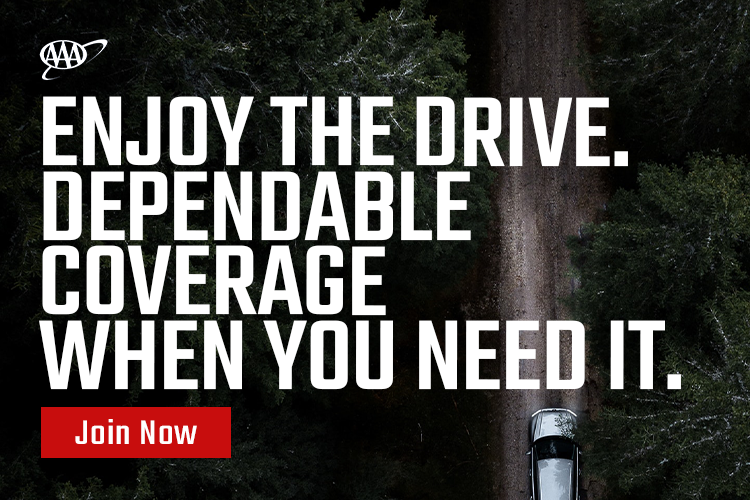