The 10 Best National Parks in the Eastern U.S.

The western U.S. may be brimming with bucket-list national parks, but don’t count out the other half of the country. National parks across the eastern U.S. delight with dramatic landscapes, from undulating Appalachian peaks to plunging, forest-fringed waterfalls. Some of these parks are world-renowned, such as the NPS’s crown jewel: the Great Smoky Mountains National Park. Others, like the far-flung Isle Royale in Lake Superior, barely make the U.S. topographic map—let alone the tourist one.

As an Ohioan who lives 30 minutes from a top eastern U.S. national park, Cuyahoga Valley, I’ve made it my mission to experience and share the best NPS landscapes this side of the country has to offer. To inspire your own outdoor wanderlust, here are 10 of the best national parks in the eastern U.S.—with tips on what to experience while you’re there. 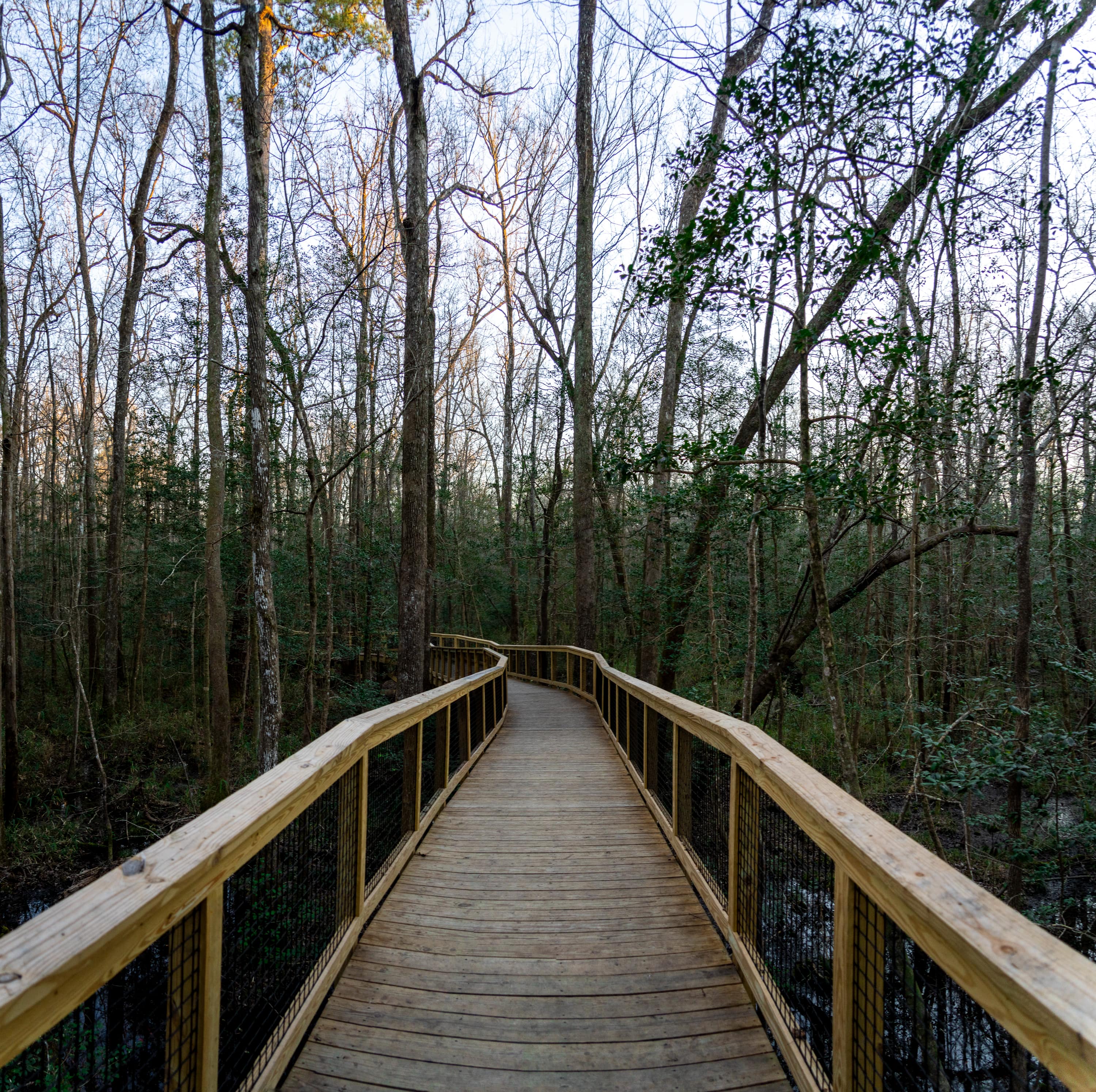 The 33,000-acre Cuyahoga Valley National Park is nestled between two urban areas, Cleveland and Akron. Its main attraction, the bridal-veil Brandywine Falls, sends water cascading down more than 60 feet. Take the boardwalk to the lowest viewing deck for the best vantage point. And, if you’re looking for a truly off-the-beaten-path CVNP experience, hike to Blue Hen Falls, a scenic waterfall that links up with a portion of the state-wide Buckeye Trail—one of my favorite stretches of sprawling wilderness in the park.

A final can’t-miss attraction? The Towpath Trail. This 78-mile multipurpose bike path parallels the Ohio and Erie Canal, from Cleveland to Akron and beyond. Roughly 20 Towpath Trail miles bisect CVNP, including stops at the park’s Beaver Marsh wildlife-viewing area. Rent bikes or e-bikes at Century Cycles in Peninsula. 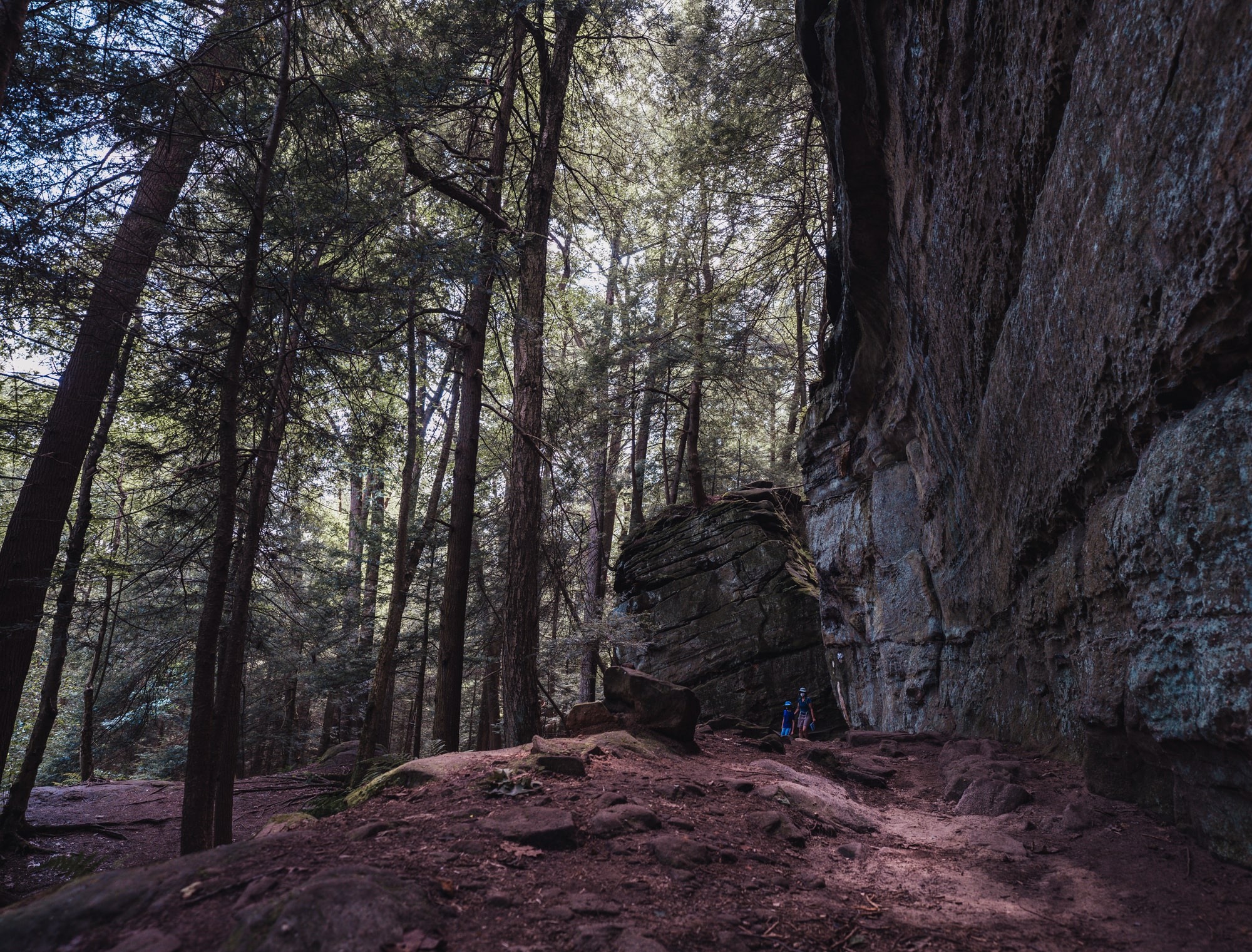 Birch-dotted ridgelines and dense, forested backpacking trails are just some of my favorite attractions at Great Smoky Mountain National Park. This popular park—the most visited national park in the country—lies on the North Carolina and Tennessee border.

It draws hikers with a web of rugged hiking paths, including a taste of the famous Appalachian Trail, which links with the park for 71 miles. For a milder one-mile hike, head up to the highest point in Great Smoky Mountain, Clingmans Dome, where views across the Blue Ridge Mountains never fail to leave you speechless. If your schedule allows it, don’t miss the summertime Smoky Mountains synchronous fireflies event, where 19 species of these illuminated flying beauties create mind-blowing after-dark displays. 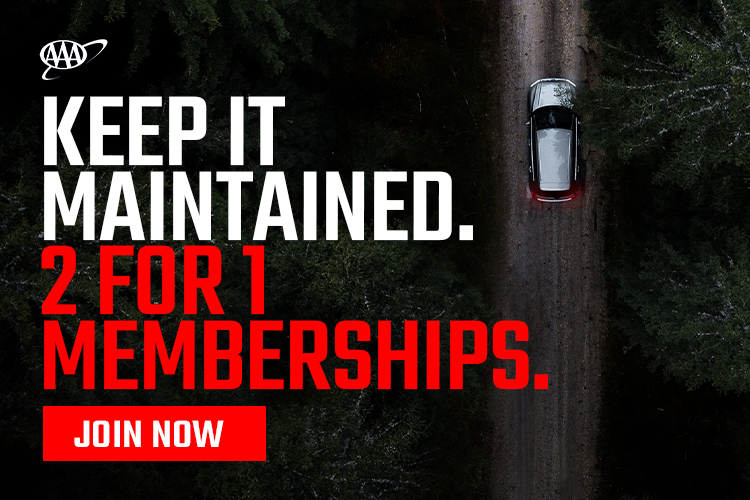 While northern Minnesota’s Voyageurs National Park wows with 134,000 acres of boreal forest, it’s the park’s more than 80,000 acres of water that truly set it apart. With more than 30 lakes and 1,000 islands, the tranquil swath of wilderness promises serious paddle adventures.

Kayak to a primitive campground on one of the many islands, where sleeping beneath the stars may come with a side of northern lights. (We were lucky enough to catch the surreal Comet NEOWISE!) Or, go all out and rent a houseboat for a jaw-dropping aquatic adventure. If you can, build in time for a quick land break because attractions like the rushing Kettle Falls and the park’s more than 55 trail miles will leave you awestruck all the same. 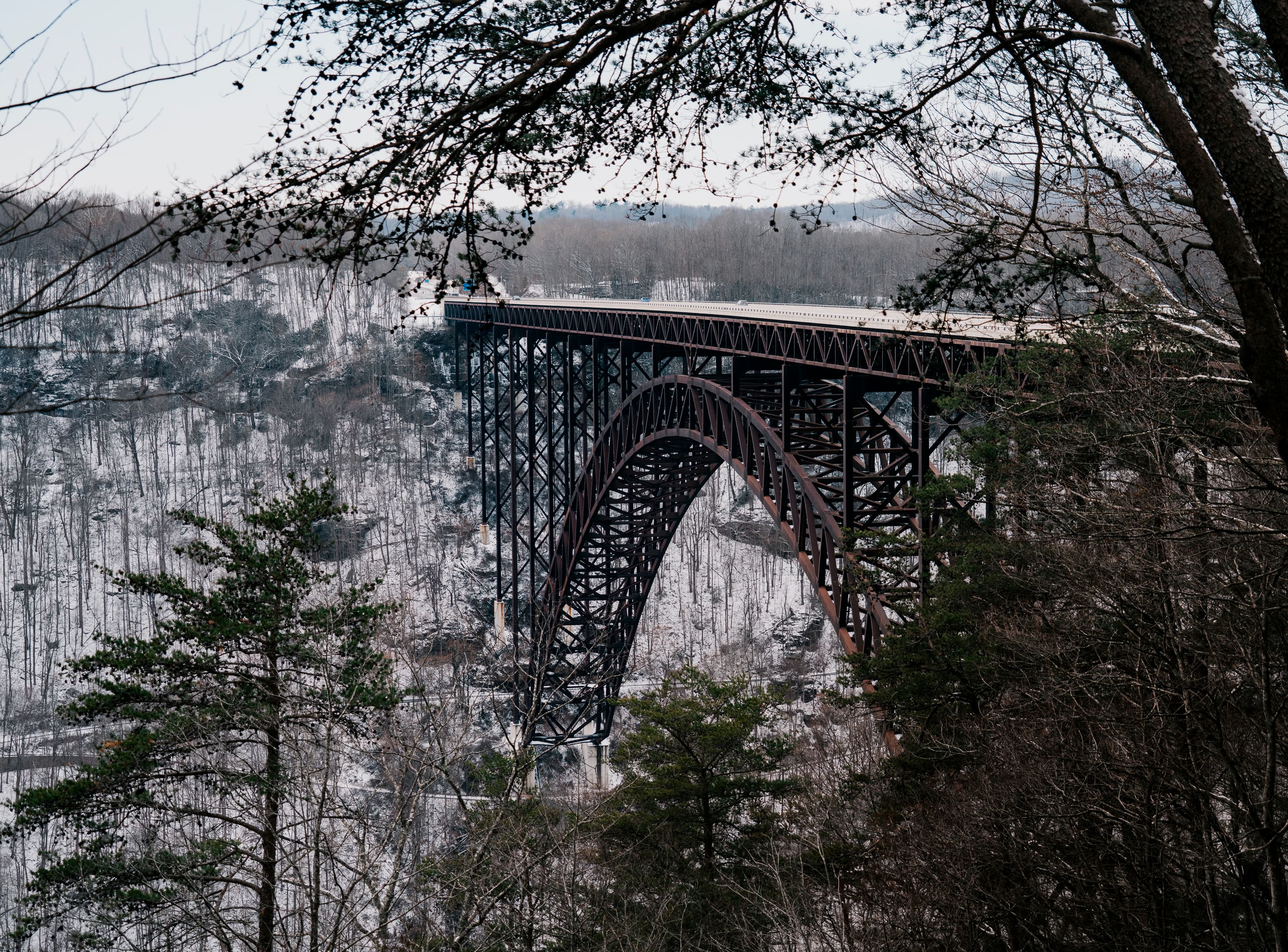 Soak up the splendor of the U.S.’s north coast—the Great Lakes—which are best viewed from the sandy shoreline of Indiana Dunes National Park. This scenic lakeshore promises sweeping vistas across 15 miles of Lake Michigan. Dune hikes deliver when it comes to mesmerizing lake scenery, with a network of 14 trails through sand, wetlands, prairies, and biodiverse maple, beech, and oak-canopied forests.

The Dune Succession Trail is one of the park’s most scenic, with a boardwalk and nearly 300 stairs leading out to the water. For a chill day of beach lounging, don’t miss Lake View Beach, where the main attraction is—you guessed it—a gorgeous Lake Michigan view.

Backpacking through Isle Royale National Park is about as rugged as eastern U.S. adventures get. This 45-mile island, a speck of land in the middle of the vast and unforgiving Lake Superior, is the least-visited national park in the lower 48 states—and that’s largely its allure. Most adventures here center on backpacking, whether you’re trekking the 41-mile Greenstone Ridge Trail or creating a DIY hiking adventure from the nearly 40 campgrounds sprinkled across this remote outdoor paradise. 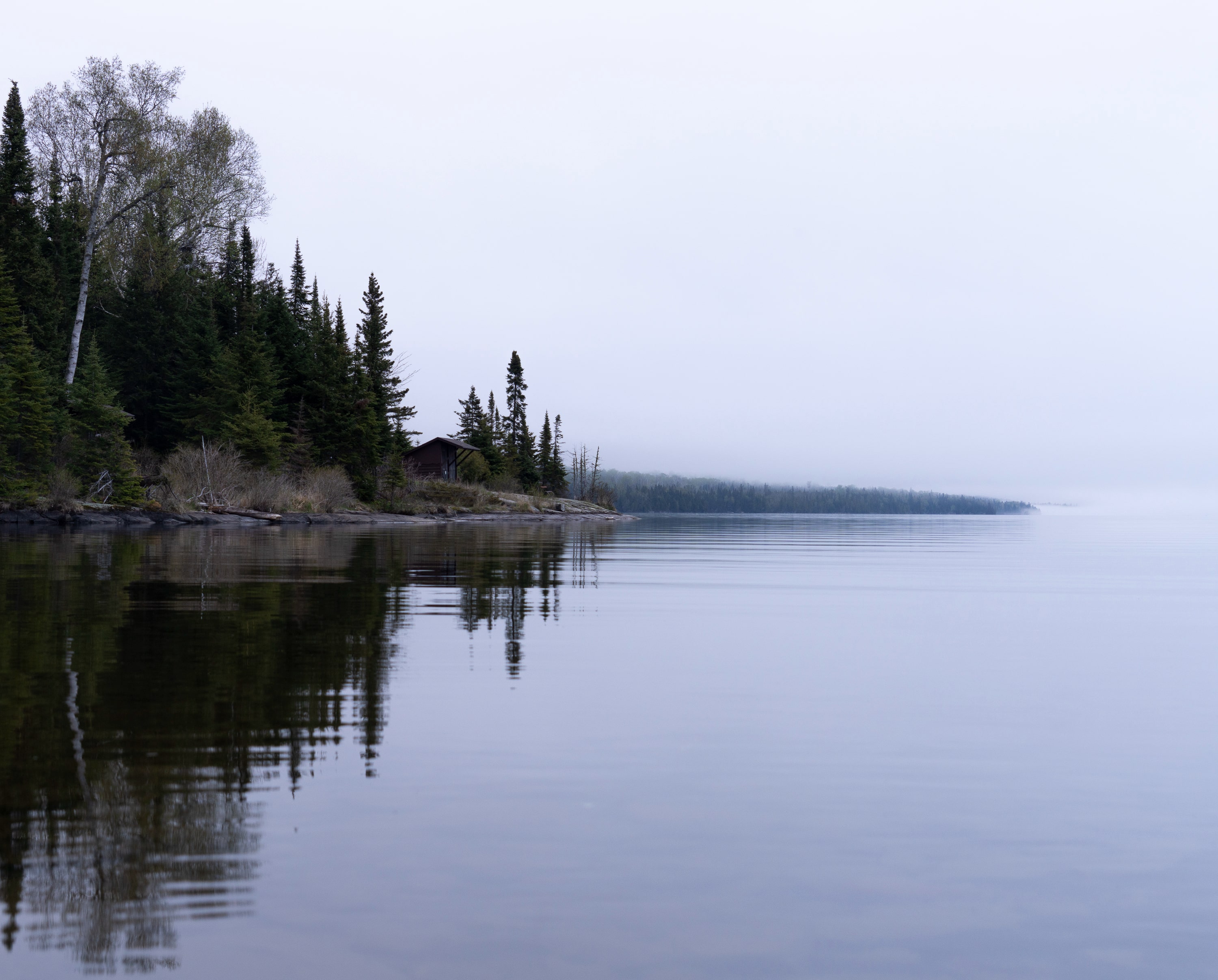 Like Voyageurs, Isle Royale is far enough north to catch the aurora borealis—which my husband and I lucked into at the shore-hugging Lane Cove Campground. One thing to note about Isle Royale: you don’t just spontaneously decide to go there. You need backpacking gear, adequate food, fuel, and water filtration (depending on the length of your visit), and either a northern Minnesota or Michigan seaplane or ferry ticket to reach the park—because, yes, it’s that far-flung. 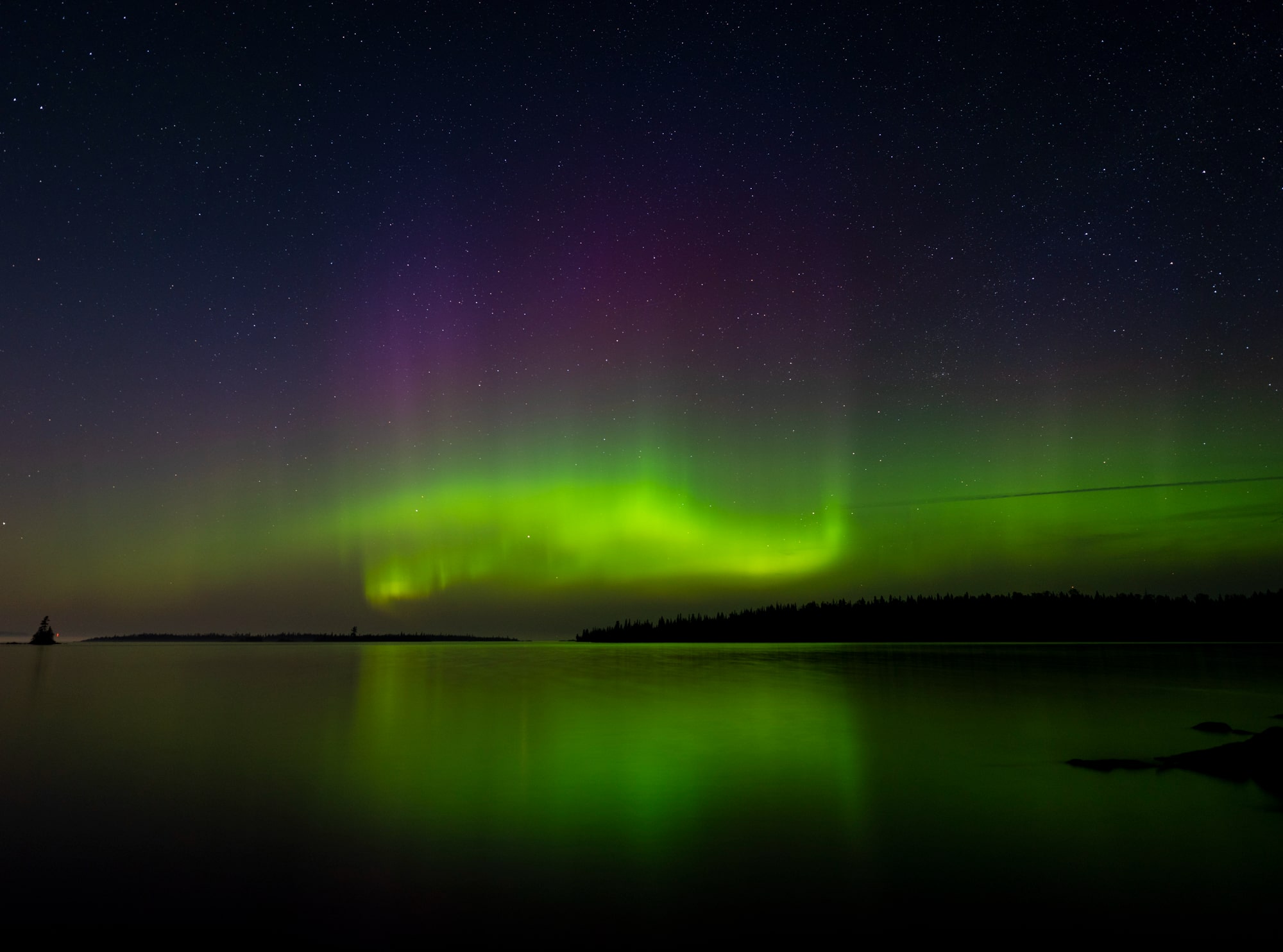 New River Gorge in West Virginia is more than one of America’s newest national parks—it’s also one of the most adrenaline-pumping. The park’s untamed scenic river takes intrepid rafters through towering canyons for some of West Virginia’s best whitewater thrills.

The upper portion of this waterway sees up to Class III rapids, while the lower portion ranges from Class III to V. To give your over-indulged adrenaline a break, hit one of the park’s many hiking routes, including the three-mile Endless Wall Trail, which overlooks the park’s signature sandstone ridges. 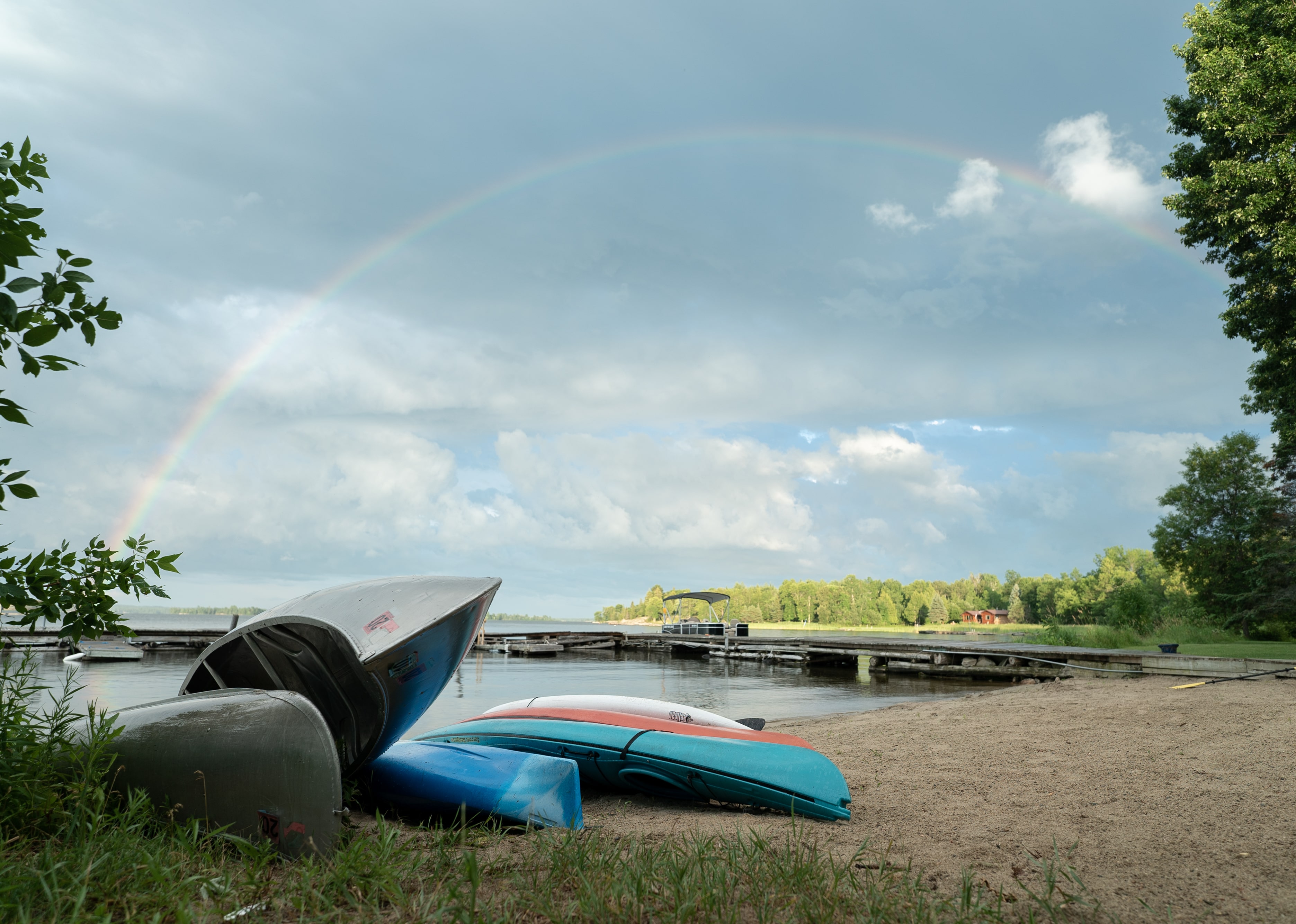 Immerse yourself in Maine’s slice of heaven via heart-pumping paths like the Precipice Trail, a strenuous 2.5-mile water-view excursion with rock scrambling, cliff walks, and the like. For a milder jaunt, amble along the flat, two-mile Ocean Path, just steps from where the rocky coast meets the water.

The two-mile boardwalk loop twists through the Congaree floodplain, where cypress trees, sweetgums, elms, and oaks flank the walkway, leaving travelers (and their pets) feeling relaxed yet alive. Paddle adventures also abound here, with Cedar Creek kayaking and canoeing showcasing an equally stunning side of this southeast U.S. national park.

Mountain and forest vistas abound across the 105-mile Skyline Drive, a roughly three-hour road trip through chestnut and oak splendor. More than 500 trail miles equally entice nature lovers, including the seven-mile out-and-back hike to Mary’s Rock, via the Pinnacles Picnic Area—another east-coast national-park jaunt that follows a portion of the celebrated Appalachian Trail. 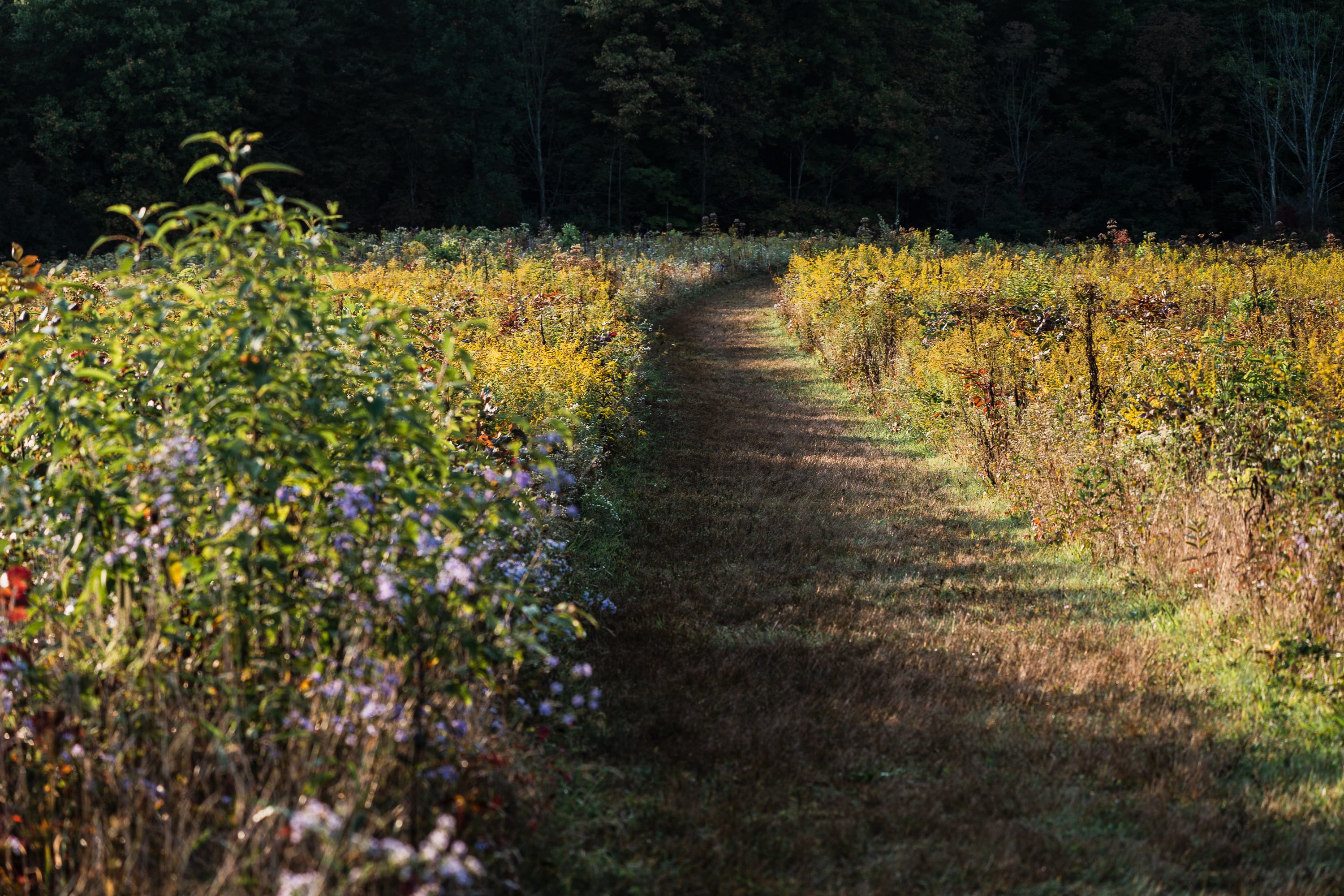 Wind through wetlands on the nearly one-mile boardwalk Anhinga Trail for your best gator-sighting odds. Or, bike or tram along Shark Valley Drive, a 15-mile paved path that weaves by wetlands and ends with a scenic overlook, where lush Everglades panoramas are the perfect reminder of the eastern U.S.’s natural beauty. 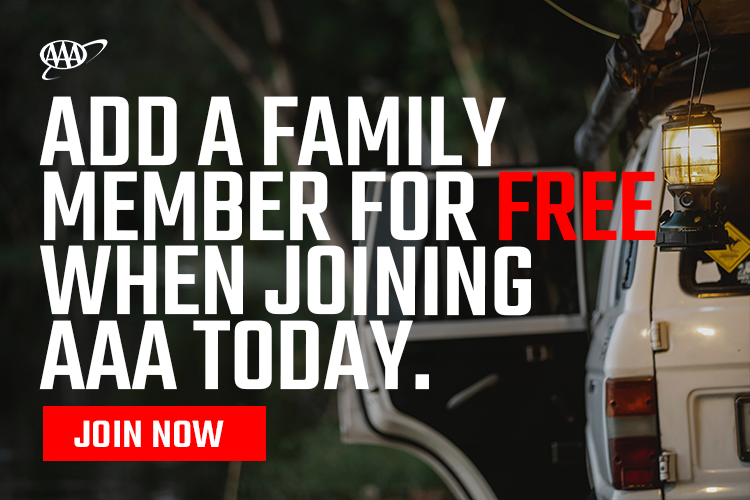